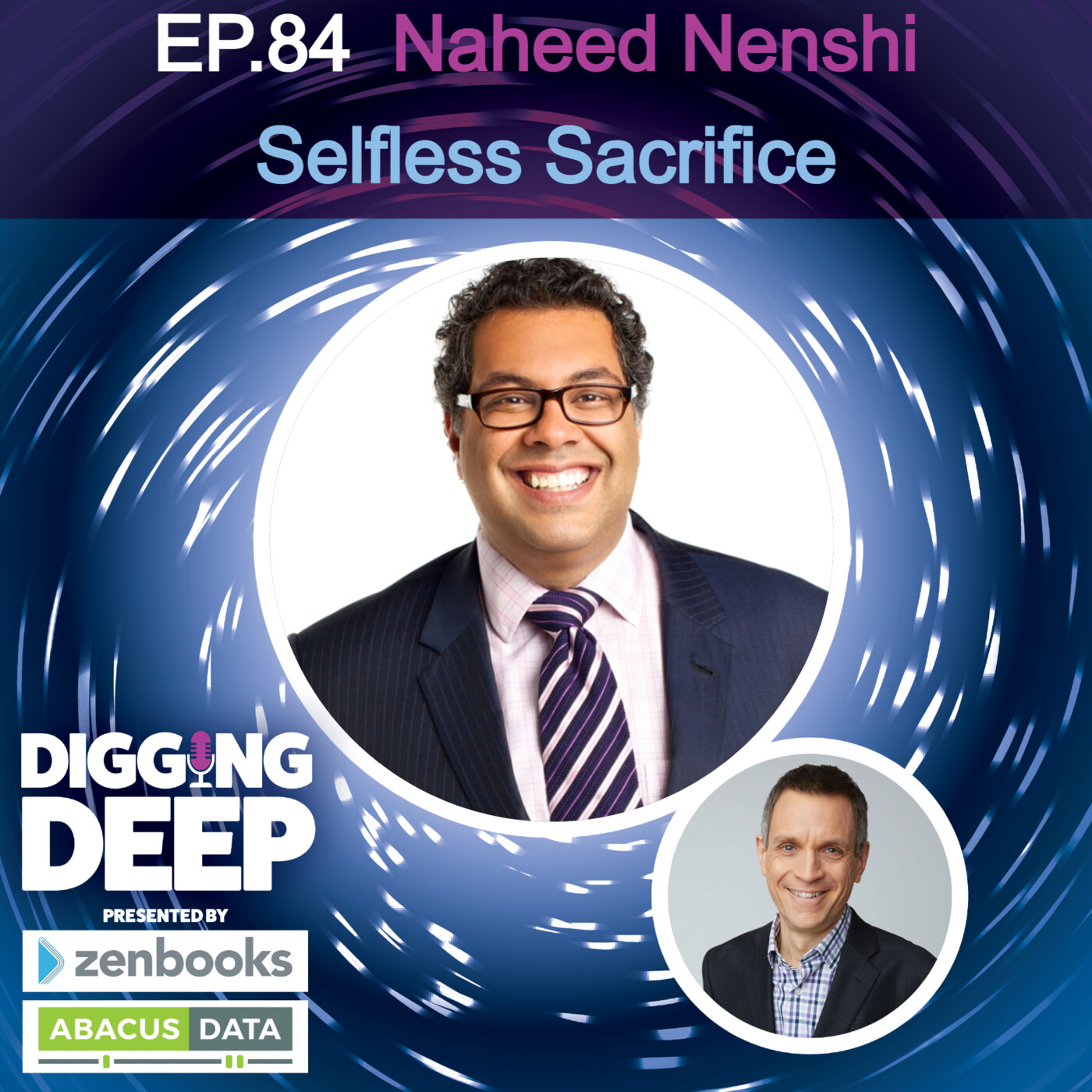 Naheed Nenshi refuses to be a bystander. The former Mayor of Calgary, and the first Muslim mayor of a major city in North America, the self-described "nerdy, schlumpy professor" captured the hearts and minds of the voters in what’s widely considered to be the most conservative province in Canada. After eleven years in office, he is continuing to walk his path of optimism and selflessness. In this episode of Digging Deep, he explains the idea of “seva” – a Sanskrit word meaning selfless service – and how it shapes his life. We talk about the echoes of the past that are being heard again in the present, and what he thinks we need to do to counter the rise in racism and division. He shares the lessons of being mayor of Calgary during the four times in that city’s history that a State of Emergency has been declared, including how to trust people to do the right thing. He tells us why he wears purple every day, and how a change he made to his answering machine caused untold chaos. This is also the first time in Digging Deep history that a guest reads an entire book. Don't worry -- it's a short book, and it will inspire you.