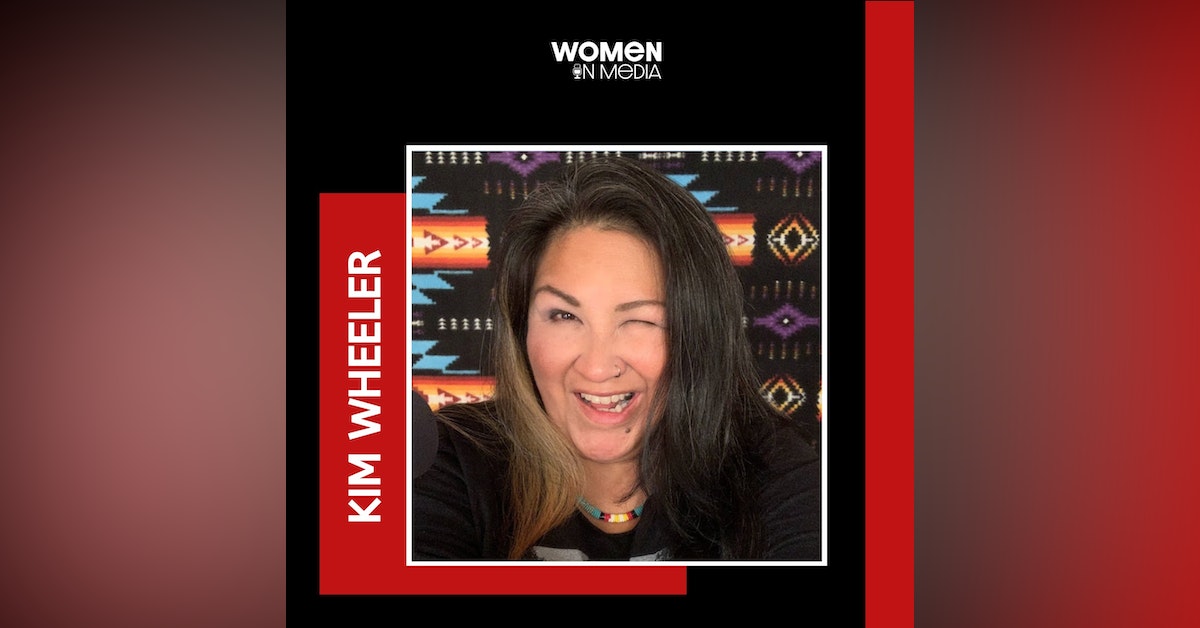 Kim Wheeler is a Mohawk/Anishinaabe kwe who has brought positive Indigenous stories to the mainstream and Indigenous media since 1993.

A Sixties Scoop survivor, Kim shared her own story in the radio documentary “Blood Money” for CBC’s The Doc Project. This powerful, emotional, and raw documentary won her her third imagineNATIVE award for radio work. Find out more about that HERE.

Currently Kim hosts her own show on SiriusXM - The Kim Wheeler Show. She was an integral part of the team that re-branded Canadian Indigenous Peoples Radio to The Indigiverse on SiriusXM. The channel’s town hall special Turtle Island Talks was awarded the 2021 Broadcast Dialogue’s best multi-market program for a large market -- less than a year before she came onboard. Find out more about Kim's show HERE.

Kim works from her treehouse media office in Winnipeg on Treaty One Territory where she manages communications for the Indigenous Screen Office, curates a yearly festival for the Royal Manitoba Theatre Centre, teaches podcasting at the National Screen Institute, produces and hosts the podcast Auntie Up!, lectures at universities and writes for a variety of mediums. Listen to the Auntie Up! Podcast HERE.

She began her journalism career at the Edmonton Journal, then worked at the Canadian Press/Broadcast News for five years before leaving to pursue marketing and publicity work with the National Film Board.

She joined CBC Radio One in 2008 and produced four seasons of ReVision Quest; a radio talk show that mixed personal storytelling, current affairs, interviews and comedy while exploring issues affecting Indigenous Peoples. She was awarded a silver medal at New York Festivals and two imagineNATIVE awards for her work on ReVision Quest. She was also short-listed for a Prix Italia for her work on Indian Summer, a series that told stories and shared songs of Indigenous musicians with host Wab Kinew (Yes, the leader of Manitoba’s NDP).

Kim created and produced Ab-Originals – a weekly podcast of the hottest Aboriginal music in Canada on CBC Radio 3 for three seasons with a multitude of hosts. It was the precursor for CBC Music’s Indigenous music community where she developed digital content and programmed a 24/7 music channel. She grew the community from under 90 artists to over 250 Indigenous artists from 2010-2013.

Kim currently sits on the advisory committee for the Indigenous Music Awards and was previously a board member and music programmer for Aboriginal Music Week. She has also very recently been named to the Coach House Books Indigenous advisory board.

Kim was instrumental in language and policy changes at the CBC with the closing of website comments on Indigenous stories and the capitalization and move to Indigenous instead of Aboriginal. She was also part of a small group of Indigenous employees who persuaded the public broadcaster to use the term ‘survivors’ instead of ‘former students’ when it came to residential school stories.

She was a producer on Unreserved, the weekly hour-long show, hosted by Rosanna Deerchild. Unreserved ran regionally for 11 months before being picked up by the network to run nationally. In the three seasons on the show her work garnered her an Indigenous Music Award, a New York Festivals award and a Gabriel honourable mention.