Lauren Small: Charting Your Own Path to Make a Difference 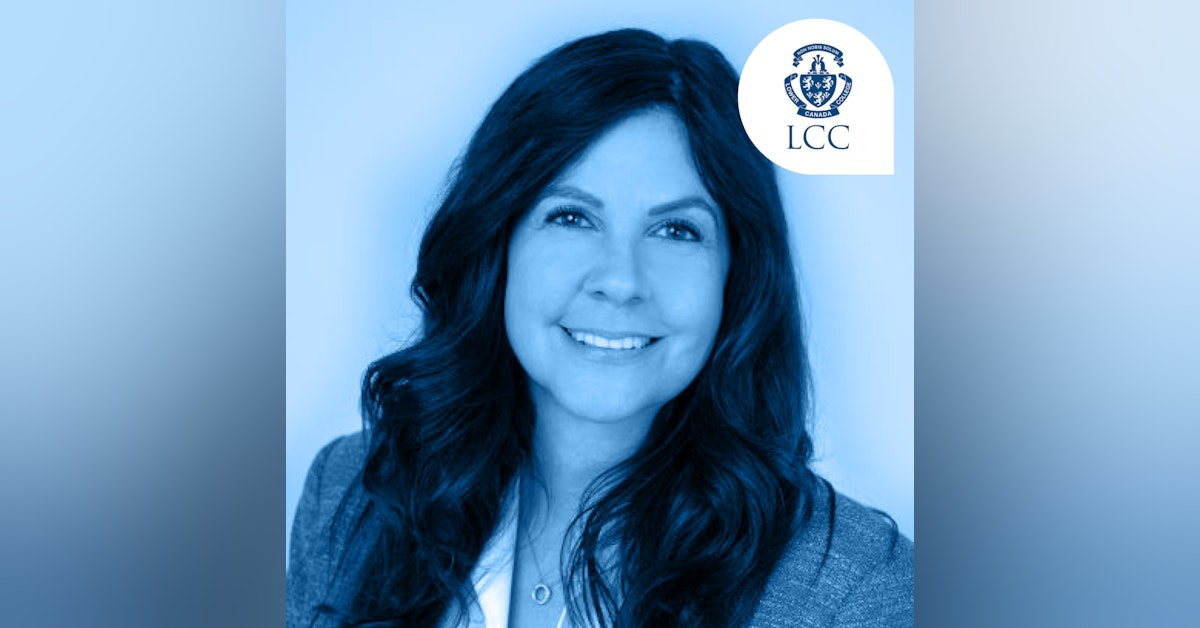 In this episode we talk with Lauren Small, a determined spirit, who has turned tragedy into something meaningful. She shares how we can become heroes in our own communities to help make the world a better place.

Lauren Small is a current LCC parent of a grade 9 student.

Lauren joined the Public Service of Canada in January 1997, and has served in science, innovation and international portfolios. She is currently Director of National Celebrations and Commemorations for Parks Canada, and was the previous Director for Quebec Waterways responsible for the operations of five historic canals. Furthering her commitment to public service, Lauren was elected as a municipal councillor for the Town of Montreal West in November 2021.

Lauren holds a bachelor's degree in science and human affairs, and the School of Community and Public Affairs (1995), and a master's degree in public policy and public administration from Concordia University (1997). She completed a graduate certificate in air and space law at McGill University, Faculty of Law, Institute of Air and Space Law (2014).

Prior to joining the Parks Canada, Lauren worked for Environment Canada, Foreign Affairs and International Trade Canada and the Canadian Space Agency. The majority of her career has been devoted to diplomatic relations concluding agreements with China, India, Israel, Japan, the Russian Federation and the United States, and was head of delegation for the United Nations Committee on the Peaceful Uses of Outer Space and the Inter-Agency Space Debris Coordination Committee on matters related to space security.

In addition to her professional achievements, Lauren continues to remain active in local issues affecting her community. She proudly participates in the Terry Fox Run, having never missed a run in 25 years. She has raised over $50K for the Terry Fox Foundation towards cancer research, both as a participant and coordinator of the Montreal West Terry Fox Run. Lauren is a board member for Concordia University’s Alumni School of Community and Public Affairs, the Montreal West Community Services Council, and is the founder and chair of the Montreal West “Bottoms Up” Diaper Drive in benefit of the NDG Food Depot. In July 2017, Lauren was part of Team Canada in the Maccabiah Games half marathon in Israel.

In May 2015, Ms. Small was awarded the Alumna of the Year Award by Concordia University for outstanding professional and personal achievements and was named as one of five Concordia graduates making a difference in the world in 2016.