116: How Do You Fulfill a Promise When You’re Stuck in Prison? 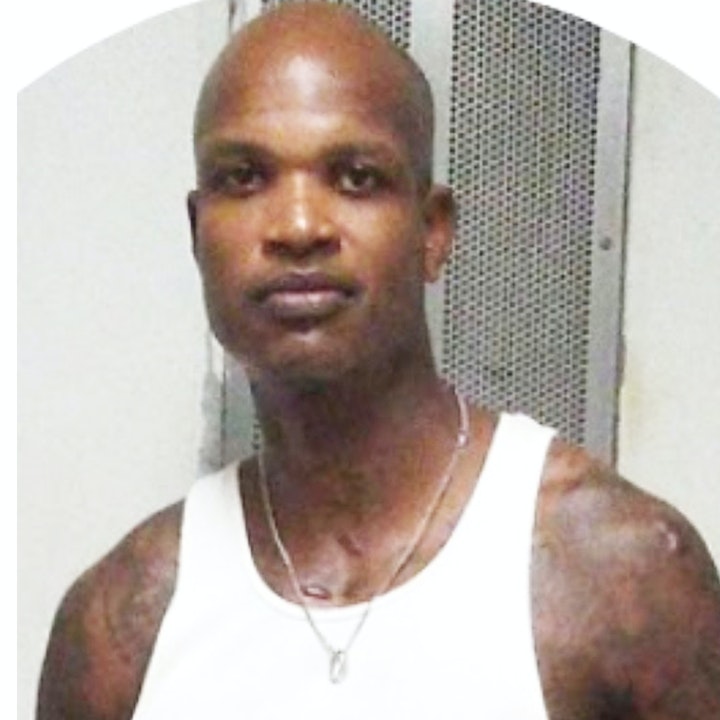 This is the second episode in a 10-part series inspired by the people Allison Langer taught memoir writing, in a men’s prison. You will hear stories her former students wrote after taking her class and stories from other incarcerated or formerly incarcerated people around the world.

To help us get this right, Xaire has agreed to co-host the series with us. Xaire is a poet, singer-songwriter, actor, and teacher who teaches writing and poetry to kids in the foster care system and kids caught up in a detention center.

THIS MUST BE SAID: We don’t mean to sensationalize crime or someone who breaks the law. Airing these stories is in no way meant to take anything away from the victims of violent crime. Instead, we want to share stories, because we believe that stories lead to understanding. And if there’s something we need more of these days, it’s understanding.

On this episode, you will hear one of our favorite stories by one of Allison’s favorite people: Clifton Jones AKA 2-Tall. 2-Tall’s story is about legacy and more specifically, about the promise he made to his mom and to himself. (If you’d like to follow along, see entire story at the bottom of the show notes.)

You will also meet Chris Wilson who spent 16 years in prison. Chris is an entrepreneur, activist, and author of The Master Plan. Allison sent 2-Tall The Master Plan, so he could read his powerful words. For more Chris, listen to his Stoop Story. Chris talks about how his traumatic childhood and a life sentence led him to turn his life around and ultimately, help others.

If you love the lessons you get on each episode, you can get them ALL in one place--our three-part video series--for $50. Click Video Classes on our website.

If you want to be a part of the movement that helps people better understand each other through storytelling, follow us on Patreon. For $10/month Andrea will answer all your publishing questions. For $25/month you can join Allison’s First Draft weekly writers group, where you can write and share your work every Tuesday 12-1 (ET). www.Patreon.com/writingclassradio.

A new episode will drop every other WEDNESDAY. So look for us.

There’s no better way to understand ourselves and each other, than by writing and sharing our stories. Everyone has a story. What’s yours?

This series is dedicated to Luis Aracena. You are missed and loved. May you rest in peace.

The Making of My Unbreakable Promise

Down on one knee, everything around me that hadn’t disappeared was muffled and seemed to be moving in slow motion. I felt like a block of ice drifting on a frozen lake. I was stunned.

I didn’t know how long I had been kneeling in the middle of my cell, but it felt like hours. I forced myself to sand and realized that I had been holding my breath. I composed myself enough to stop my hands from shaking. Looking down, I could see the words glowing mockingly from my tablet on the floor. I roared into the darkness.

It was after 11pm, so the cell lights were off. Guys were either sleeping or bundled up in sweaters or jackets in the day room playing dominos, talking shit, or watching a late night movie on Bounce.

My roommate was among the TV watchers, so I had the cell door pulled closed with a towel over the cell door window to block inquisitive eyes and signal to my roommate that I was busy.

The one thing I feared the most had materialized. I had lost my QUEEN (mother). She was gone. I thought about the last phone conversation I had with her, only days before. My mother had cried, and that was rare. I can count the times I’d seen Mrs. Francis cry. Standing at a towering six feet, Mrs. Francis was a true amazon and she wore it well. Both beauty and amazon, my mother was understanding and caring, but she didn’t play games.

On countless occasions, I can remember walking into our apartment in Bradenton’s page projects to find some unkempt stranger, an old friend who had fallen on bad times or was strung out on drugs. They would be at our smoke grey glass dinner table eating a healthy plate of yellow rice and turkey necks, buttered cornbread and sweet peas or leftover over baked macaroni and cheese, BBQ chicken and Hungry Jack biscuits. Everyone would be laughing and drinking and listening to Otis Redding or Barry White.

Like clockwork, one of my three uncles would pop in to rile my mother calling out her childhood nickname, “Hey Tocka Head,” and then head straight for the kitchen. As soon as my mother heard the lid on a pot being removed, she’d scream, “If you don’t get out of my damn pot without washing your dirty ass hands, boy I know something.”

Mrs. Frances always said whatever was on her mind, so there was never much back talk. It was well known that my mother could curse the clouds out of the sky when she was pissed off. She’d lay down the law on man, woman and child if something didn’t sit well with her. Especially if it was in regards to me or those she cared for.

When I was eight years old, my mother, uncles, and some family friends were having a small get together. Kool and the Gang was booming on the speakers on the porch. All of us kids were playing Pac-man on the Atari, eating apple Now and Laters, Funyuns rings and drinking blue cream Nehi sodas. I don’t remember exactly what jumped it off, only that it was in regard to my baby cousin, Jessica who my mom adored. Jessica’s mom was good and drunk and my mother was not having it. She threw her sister Sharon through the screen door like a scene out of a western bar fight.

How could she be gone? If my young mind could have registered the real consequences of stepping through that back door of the KFC with a snub nose 38 jammed into the small of my friend’s back as he pretended to take out the trash, I would’ve run back to high school, basketball practice, or the recording studio with a new attitude and a respect for what life was really about.

I would have made a different decision if I could have foreseen that one night I would be kneeling in a cold, dark cell trying to process a message that said my mother was dead. Gone before I could give her the keys to the house I promised to buy her when I was eleven years old.

Instead, the prospect of what I thought would be a few thousand dollars to party with on my birthday lead me to squander the experience of sharing the gift of life with the woman who had given me so much of herself. She never got to see me be the person she knew I could be. So far, I had failed her and myself. There was no way I would allow the story of my life to end like this. Wherever great mothers go, I was going to make sure she would be able to say, ‘I told you he would do it.’ and rest proudly.

In our last conversation, my mother got on the topic of how she wouldn’t be here forever and what to do if something should happen to her. I brushed it off and tried to change the subject like always. “Woman, you’re not going anywhere.”

This time, she stayed serious and on topic. “If I leave here boy, don’t you start acting crazy.”

“No, listen to me,” her voice thickened by emotions. “You do what you need to get your behind out of there. Promise me that if I leave here you’re gonna get out of that place and live your life. And don’t worry about me. I’ll be with your sister, your grandfather, your aunty Cat, Angelo and my mother.”

Looking around the dark cell, it felt strange thinking that my mom really wasn’t here anymore. It didn’t feel real. With mixed emotions, I left the cell to call my mother’s husband. Rod had been a part of our lives for over 20 years. We were cool, but it hadn’t always been good. As a family, we shared a history littered with frayed love and struggles. I witnessed him stand against anybody deemed a threat to my mother. Yet, I remember going into the kitchen one night and grabbing a butcher knife, because I heard him hit my mother. I was eleven and I never forgot this.

I could hear the tears in his voice when he picked up the phone. I understood his hurt, his loss, and everything else I can’t formulate into words. Calming himself, he recounted the details that lead up to him riding in the back of the ambulance with my mother before she passed, and her leaving a message telling me not to start acting up. Even in her final moments, she was more concerned about my wellbeing than her own.

In a zone, I walked laps around the dorm listening to Tupac—Hold Your Head—on my MP3 player. I had to stay focused and away from people. I knew I was one wrong word away from doing who knows what. But I also knew that if I made good decisions, my time would come.

In 1996, I was convicted of robbery with a firearm and three counts of kidnapping that I committed with three childhood friends when I was eighteen. I was given four life sentences on my first criminal offense, while my three co-defendants were allowed to go free without serving a day. That left a sour taste in my mouth, and in crucial moments such as this, I get frustrated because I feel alone and betrayed. I just want to say “Fuck it.” Then I remind myself that it’s on me not to give up on my life, my dreams. To one day cross the stage at the Grammys, amongst the greats, and pay homage to the woman who rooted for me, no matter what. Only now, circumstances had transformed my dream into an unbreakable promise.

I stopped at Bop’s cell and put my face to the glass. He waved his hand in the darkness to let me know that he was awake. Stepping outside, he immediately asked what was wrong. Maybe it was the look on my face. I explained without going into detail what I was going through and to stop me from doing anything I would regret.

With time standing still, I continued to pace and think. I knew without a doubt I would fulfill my promise to my mom, Mrs. Frances Andrew McNair.