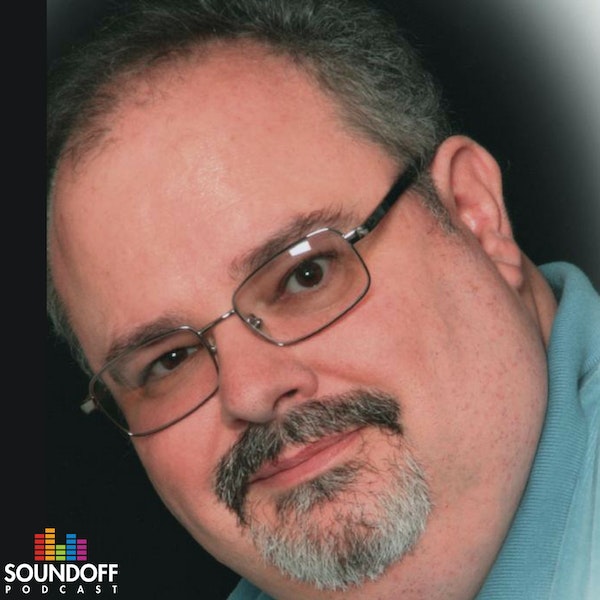 Gary Begin Adding to his Book of Radio

Gary Begin is the owner of Sound Advantage Media. His company works with radio stations across America is get their branding strategy in order. One of the things I like about Gary is how is business is always working the social media space to promote the latest. At one time that was a book called Radio Programming and Branding: The Ultimate Podcasting and Radio Branding Guide. Gary is going to be adding to that book shortly, with 7 more parts added to it involving podcast. We spoke about what makes an ideal client for Gary, what he believes are the fundamentals to great radio, and what it takes to write a book, and then add to it. This episode is brought to you by NLogic - who have just unveiled their new website at http://go.nlogic.ca/soundoff 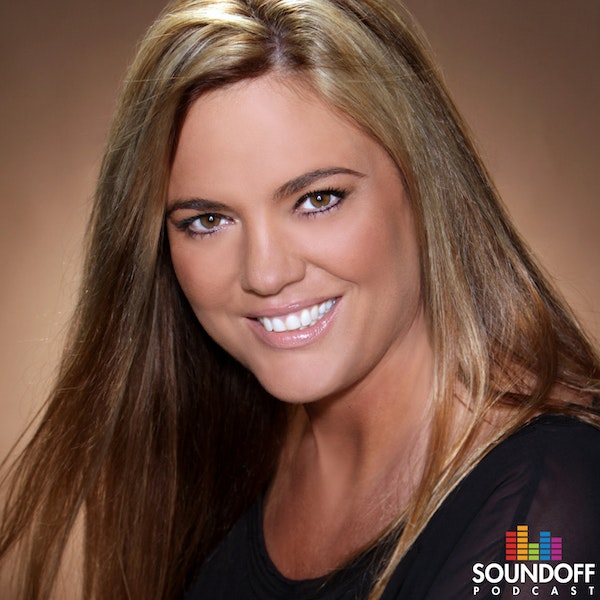 Lori Lewis knows how to deal with change, which makes her ideal to lead the way when it comes to navigating the murky waters of Facebook. From its changing algorithm to the overextension of selling your data to third party sources, Lori offers up her tips and expertise to great posting and audience engagement. We also touched on some best practices for Facebook Live which still remains a challenge for talent. Lori is also the chairperson of the long standing Radio Summer Learning Conference The Conclave. The 43rd edition will take place on July 18th thru 20th in Minneapolis. Lori has been so kind to offer up a bonus code for $50 dollars off the registration fee. The codes expires on April 17th and is located at the bottom of this page. This episode is powered by Promosuite who will be on hand at the Conclave as well. http://www.promosuite.com/soundoff 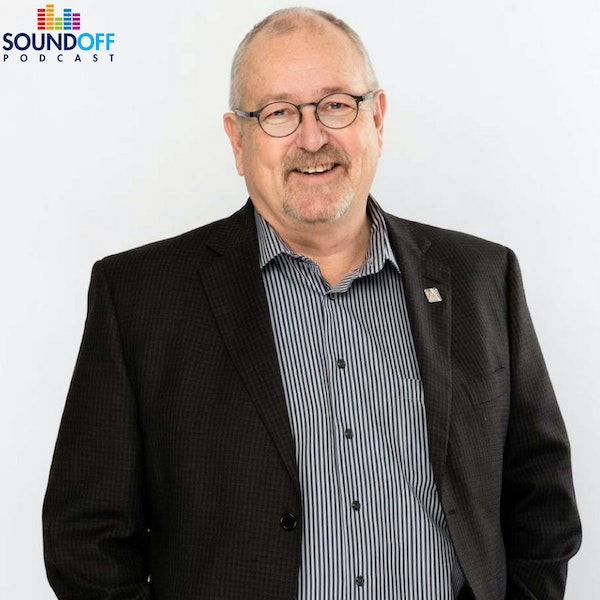 We are off to the Okanagan Valley in British Columbia and catching up with Mark Burley. (SUN-FM, AM 1150 & 101.5 EZ Rock) During the 12 years as Group PD and PD of the local cluster, he enjoyed enjoying 8 years with Sun at #1... 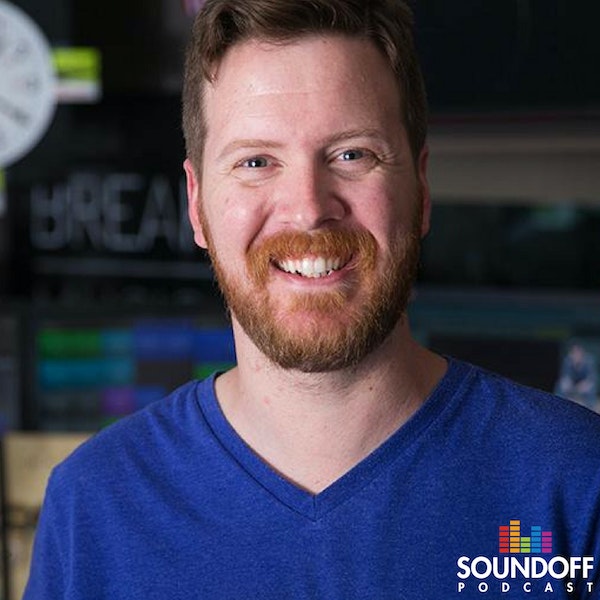 Gregr and the Sound of Seattle 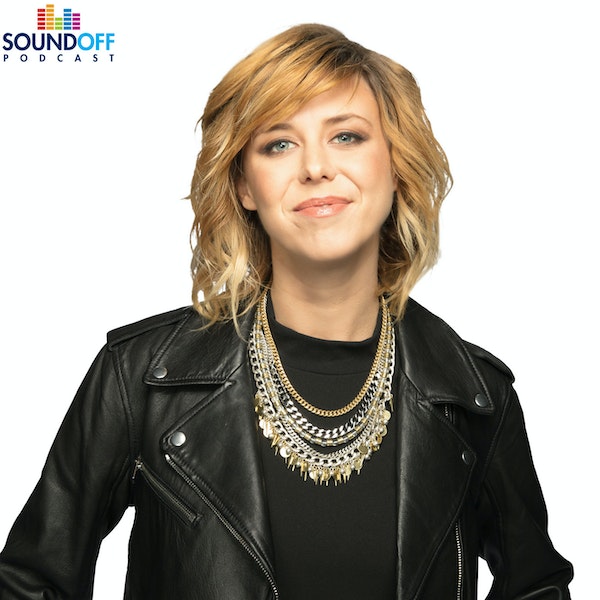 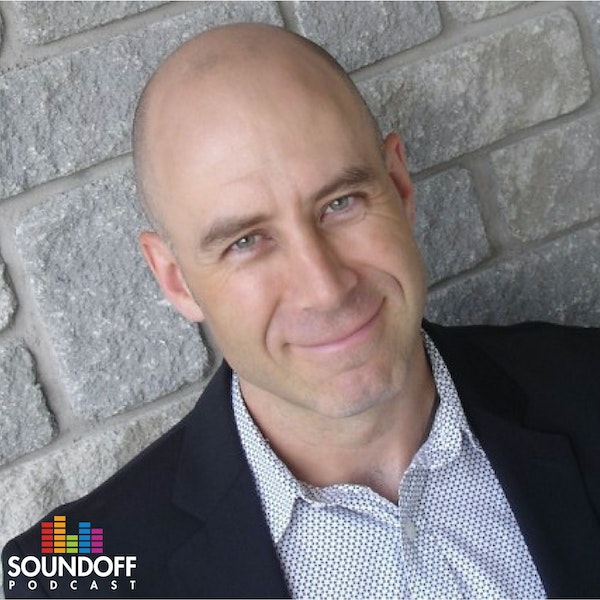 The Branding of Steve Jones 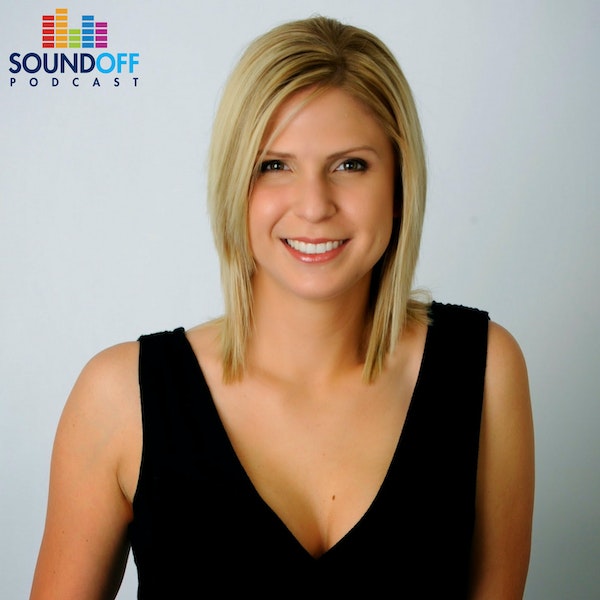 Chantal Desjardins - Who Am I?

Matt convinces Comedian Chantal Desjardins to come on the show. 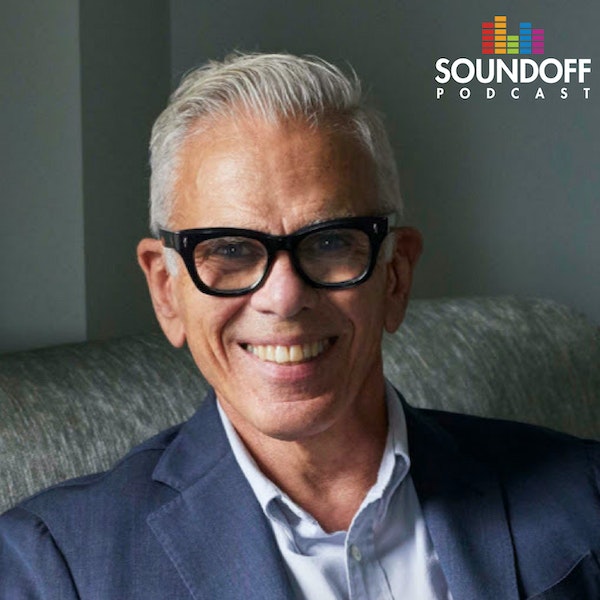 Jean Marie Heimrath is in the Audience Business

Jean-Marie Heimrath became interested in podcast sometime in November 2016. He has always been fascinated by the business side of the entertainment industry he has worked in. Whether it be the record industry when he worked for Island Records, the business of radio syndication when he worked for the Sound Source Radio Network., or being at the forefront of streaming with Iceberg Radio. His knowledge of monetizing content is incredible and will have you re-thinking exactly what business you are in. Earlier this year, alongside Jeff Ulster and Bob Kane, he has formed The Podcast Exchange, A new company that uses market research, advanced metrics, and geo-targeting to give advertisers better access to the Canadian podcast audience. The name Jeff Ulster has appeared before in our podcast series (Episode 72) when he explored the Canadian Podcast Listener - a Landscape Study with Jeff Vidler. (The study is again, available on the show page for this episode) This episode is powered by Lens for Radio. http://bit.ly/2oLHQmQ 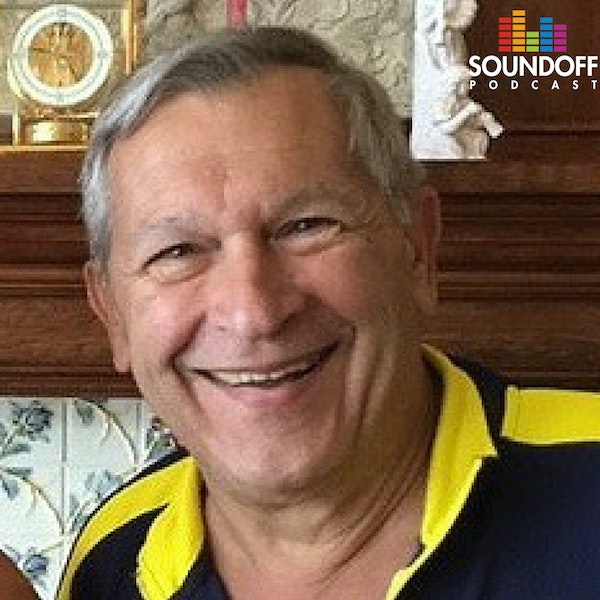 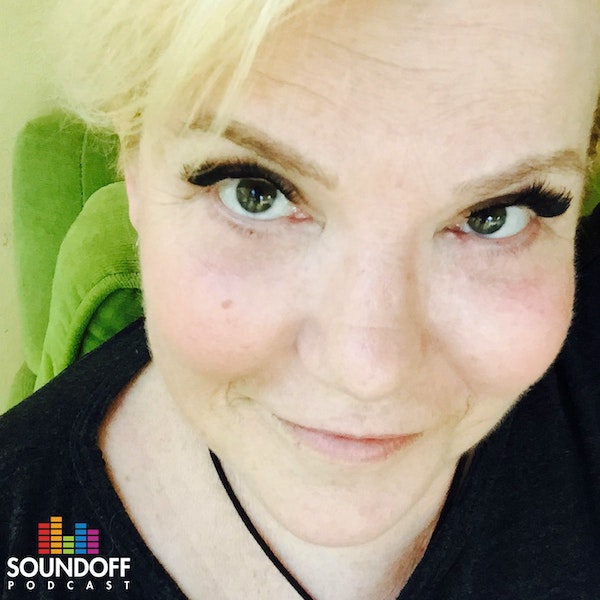 Matt Speaks to Sharon Taylor about her time at Standard Radio, Hot 103 in Winnipeg and CFTR in Toronto. 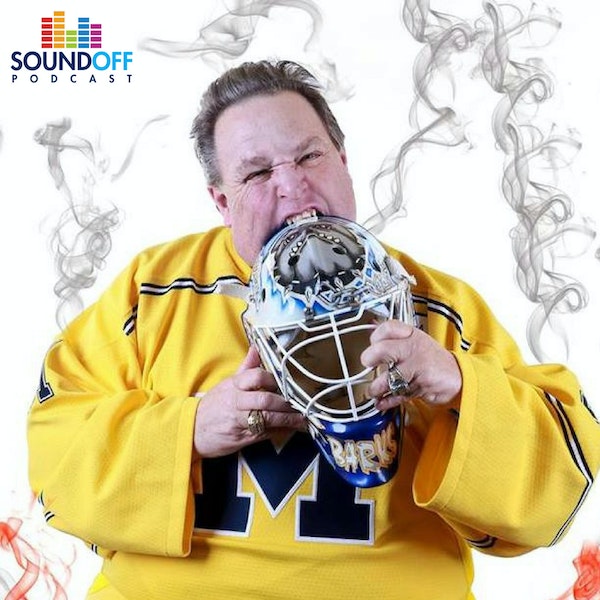 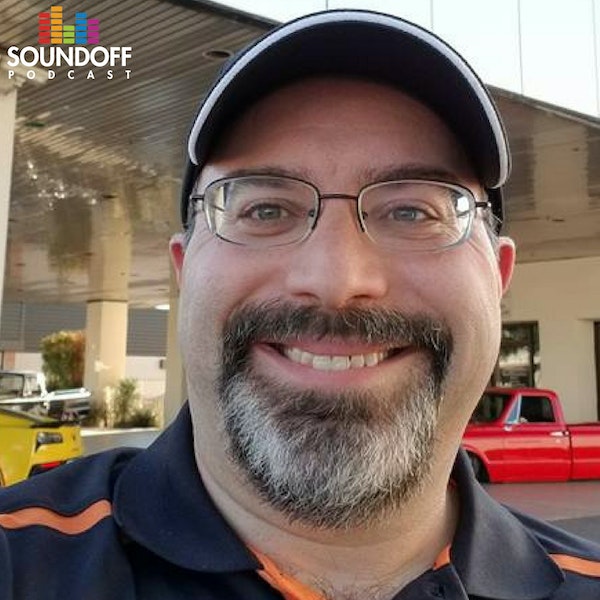 Drake Donovan is a voiceover professional who writes your copy as well as voices it. 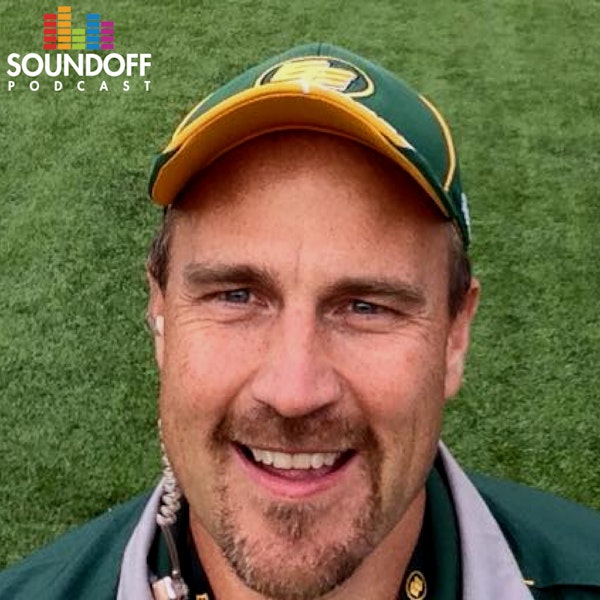 Chris Scheetz is thing morning host at CISN Country 103.9 in Edmonton and he spoke about his country radio life 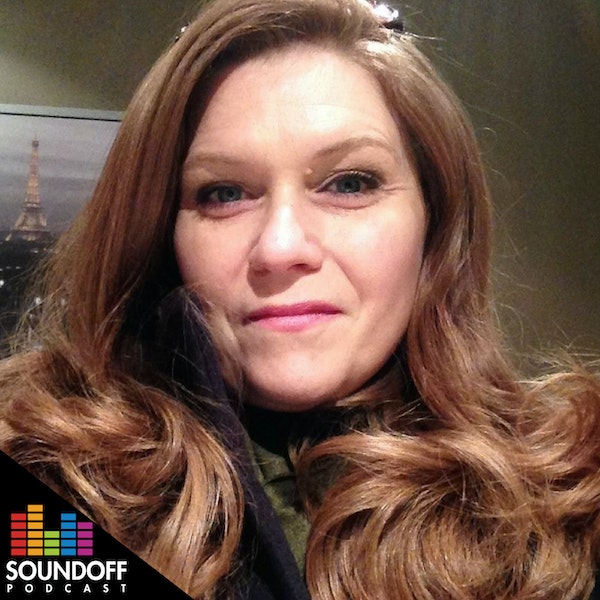 Karen Steele is the new Program Director at 99.9 Virgin Radio in Toronto. She has worked in radio for over two decades and in this episode, she walks us through her impressive career, from small markets to big ones, from radi... 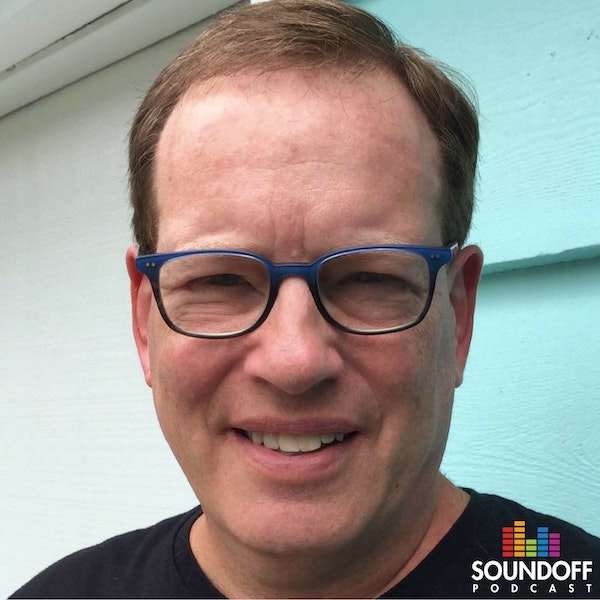 There is something refreshing about starting a brand new year with a brand new episode. Radio, and podcast should be excited for 2018; not since the iPhone and iPod has so much technological been exchanged at the holiday season. The good news is that it is a speaker and it plays radio. Perry Michael Simon is the News/Talk and Podcast contributor for AllAccess.com. We spent time looking back at the year in N/T Radio, the state of Sports Radio and Podcast, and then look ahead into 2018 which is certain to be all about what we can do with our smart speakers. Perry is already ahead of the rest of us with his Evening Bulletin Podcast which is masterfully easy to access if you got a smart speaker for Christmas. This podcast episode is brought to you by Promosuite - 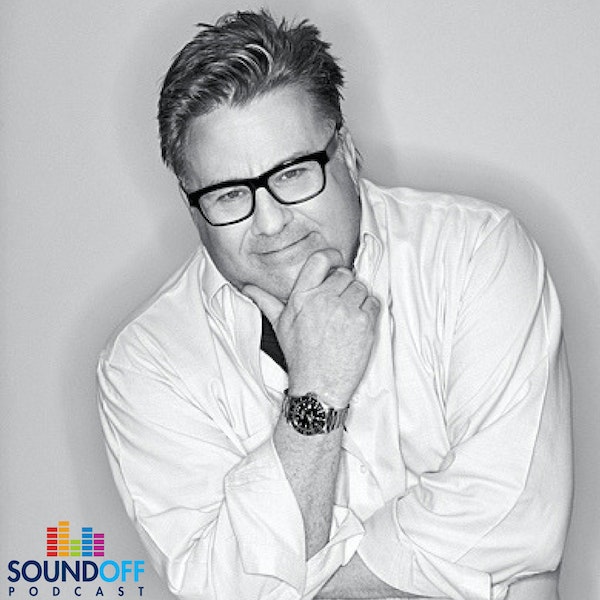 Terry Dimonte is back for another Christmas episode. The CHOM 97.7 Morning man has a love for Christmas and radio. Last year we spent our time talking about his relationship with Canadian Prime Minister Justin Trudeau. This year, we spoke about his love of Canada, his morning routine, and the loss of his dear friend Kenny Shields of the rock band Streetheart. Terry and I have known each other since 1987 and we spent Christmas of our 30th year of friendship by doing a podcast. Merry Christmas! This episode is sponsored by NLogic and Lens for Radio. http://bit.ly/2oLHQmQ 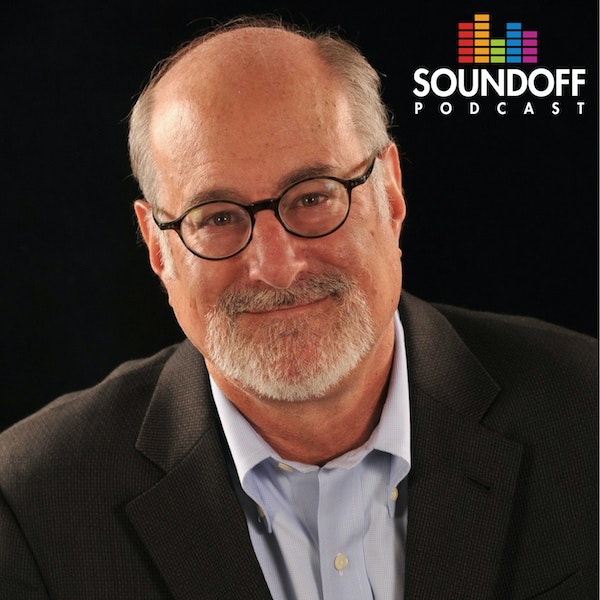 With the arrival Amazon Smart Speaker products in Canada, I thought it would be a good time to speak with Steve Goldstein from Amplifi Media about what it means for radio stations. Indeed there is a race to secure names like Z100 and Mix 96, the same way we raced for URL's back in the 90's. The radio is back in the house, but so are a whole bunch of new audio competitors, including newspaper and podcast brands who are entering the world of audio. Steve has also been a fixture at the Podcast Movement with research showing that most podcast listeners only get through about 75% of a podcast before checking out. (Numbers that are consistent with out podcast) This podcast is brought to you by Nlogic. http://bit.ly/2yn3uCo 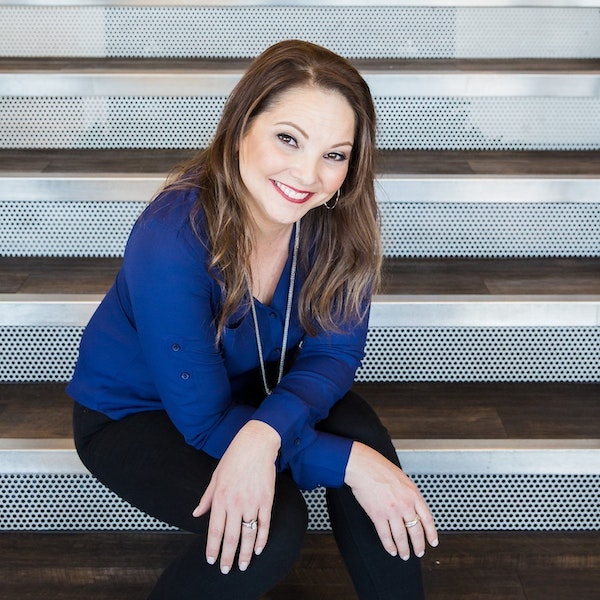 Matt speaks with the host of Productivity Straight Talk about handling the mess that is your inbox. It just doesn't have to be this way. 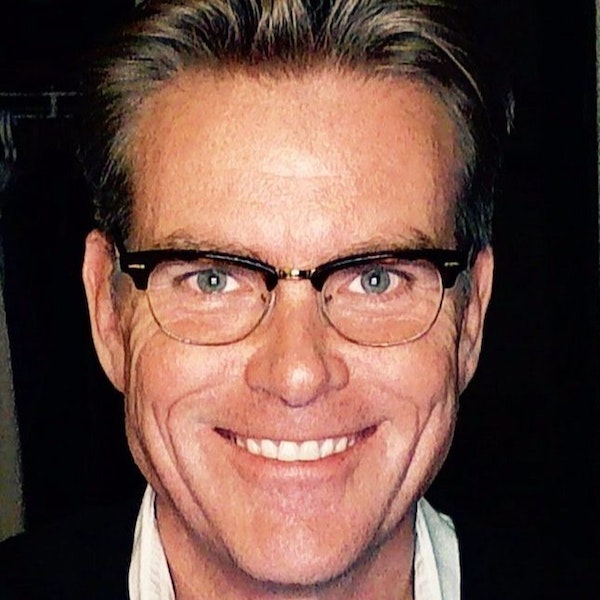 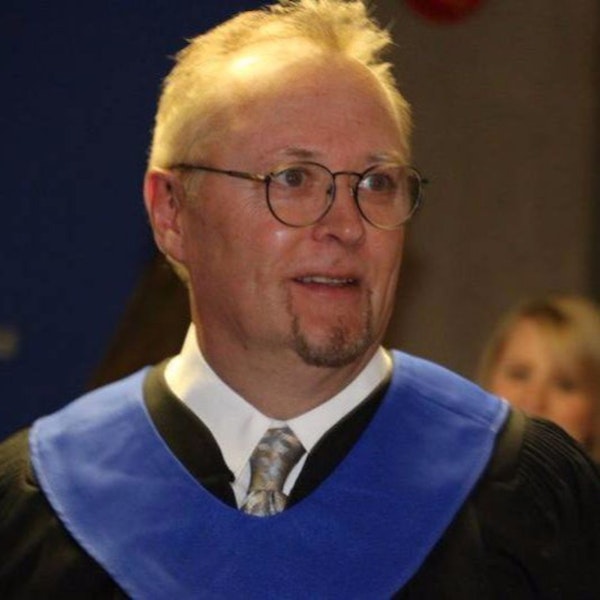 In this week's episode, we visit with Dave Bannerman, one of the richest sources of intel on Canadian radio in the twentieth century. He retired earlier this year from his role as radio-TV-journalism instructor at Nova Scotia Community College. We even take a walk down memory lane of an overnight radio show I hosted called "The Whine Line", and talk about the talent that has passed through his classroom. Dave Bannerman was the Program Manager of the station I worked at in 1989. (Yes, back then there was a Program Manager AND a Program Director) He was a great teacher of radio who allowed me to try out things that I thought might work. Some failed, some worked, and some stuff really worked. I was surprised when he made the transition to teaching radio at Nova Scotia Community College in 1995. But as I spoke to Dave, I realized that Dave had been a teacher all along; his curriculum had not changed since our days at Annapolis Valley Radio in Nova Scotia. He had turned out exceptional broadcasters by stressing a focus on the listener, never getting hung up on the digital technicalities, and doing what radio does best: Content Creation. The list of graduates reads like and a Pro-Bowl roster of Canadian radio: Fearless Fred - 102.1 The Edge (Toronto) Gillian Foote - 100.3 The Bear (Edmonton) Ruby Carr - Z95.3 (Vancouver) Jax - Kiss 92.5 (Toronto) R.S. Smooth (Ryan Sommers) CKDU 97.5 (Halifax) Christina Fitzgerald and Morgan Sheppard most recently of Indie 88 (Toronto) (I know there are many many others; these are the ones that I can recall in my head... please me and identify yourself as a graduate if you are in radio today. soundoff@mattcundill.com) Dave announced he is moving on from the school after 22 years of service. Thanks Dave! This episode is brought to you by Promosuite. Please check out their cloud based paperless studio Promosuite NEXT http://promosuite.com/soundoff 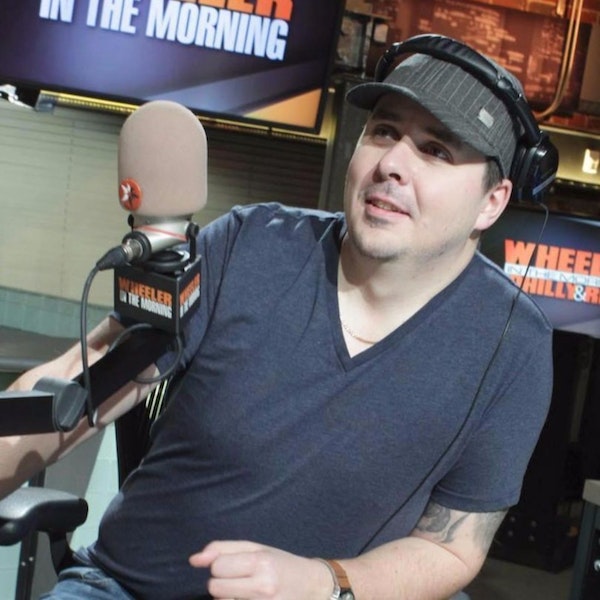 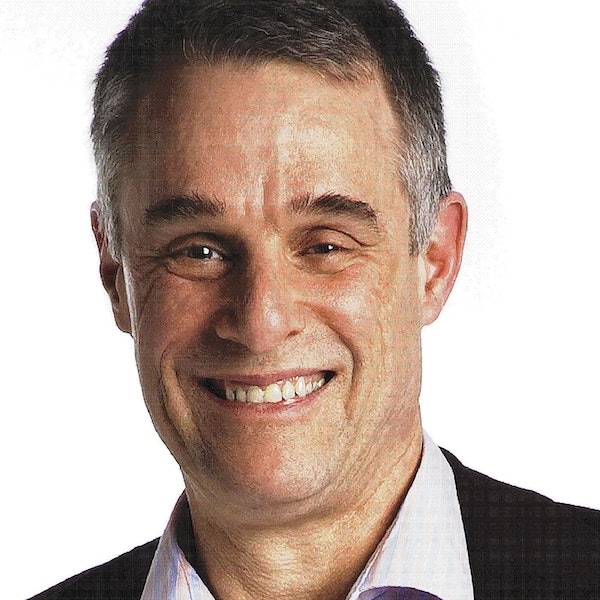 Jeff Vidler’s company Audience Insights teamed up with Jeff Ulster and conducted a deep dive n podcasting. The study was commissioned by the Globe & Mail. The study’s goal is to help podcasters develop content strategy, increase opportunities for monetization and create a road map for growing a young and diverse new audience. There were questions about the types of podcasts consumed, where they listen to them, demographics, and the most interesting stat – when they started consuming podcasts. I’ll spoil it now – 74% of respondents said it was within the last 3 years, and 41% in the last year. Numbers like that speak volumes to podcasting’s ascension. You can download the podcast study here: https://docs.wixstatic.com/ugd/b9f0d2_8411a2fefd7948399be55f1197f28a85.pdf Jeff will be appearing at the OAB Conference and offering insights on Generation X. This is an ample opportunity to take about the generation sandwiched between Boomers and Millennials. Now that they make up the 35-54 demographic, if they aren’t catered to now – they never will be. Finally, I wondered what a radio station called Gen X Radio would sound like. (Actually The Sound Off Media Company has a number of format design concepts… this one was created last year) The show is brought to you by Promosuite. Please visit their site and go paperless. http://www.promosuite.com/mattcundill The Audience surveys is here http://survey.podtrac.com/start-survey.aspx?pubid=c-pwg3hNJ1tz&ver=standard 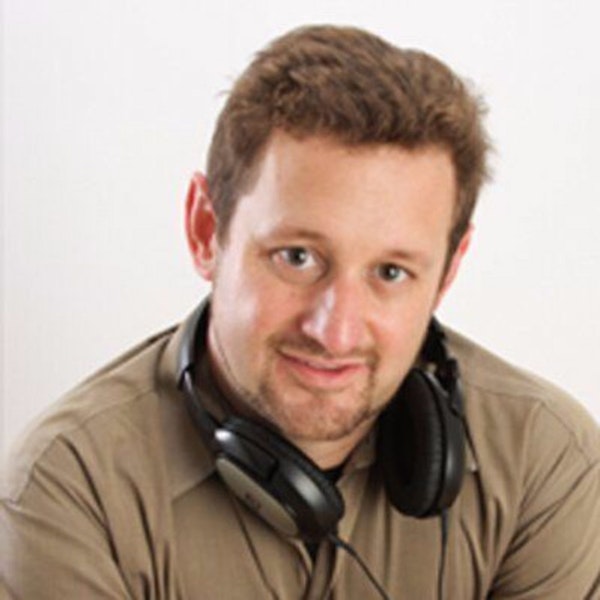 Seth Resler has just released a new podcast called the D-Brief. He has experimented with everything from backstage podcasts at conferences, to travel podcasts, and finally realized that he really hated audio post-production, and that having your hard drives full of audio created creative clutter. The D-Brief is a Detroit-centric podcast that has little post production, and co-hosts with strong role definition. If that sounds like the characteristics of a morning show - that was the plan. If you are in radio and considering an idea for a podcast, Seth tells you that yes you can keep it local, and he shares his processes for launching the D-Brief. Yes - there were practice episodes involved. Seth also spoke about his podcast episode with talent coach Steve Reynolds at the World Wide Radio Summit. You can check it out here on Apple Podcasts. https://itunes.apple.com/ca/podcast/2-3-steve-reynolds-of-the-reynolds-group/id1036229375?i=1000376526341&mt=2 Sponsored by NLogic - http://bit.ly/2oLHQmQ. Powered by Promosuite - check them out here. www.promosuite.com/soundoff I also made mention at the end of the show about my appearance on the Miami based podcast "Writing Class Radio". I love this podcast because it keeps my writing skills sharp. Better writing, better broadcasting. Allison and Andrea also can also put together workshops for Creative teams and on air hosts. They can even get your college kid writing better papers. To hear the latest episode of their podcast -https://soundcloud.com/writing-class-radio/episode-37-ready-to-write-that-memoir-or-novel-nov-is-national-novel-writing-month Evan’s Voiceover site: http://www.evanvoiceovers.com Amanda’s New Website: http://www.amandaloganVO.com The Audience surveys is here http://survey.podtrac.com/start-survey.aspx?pubid=c-pwg3hNJ1tz&ver=standard 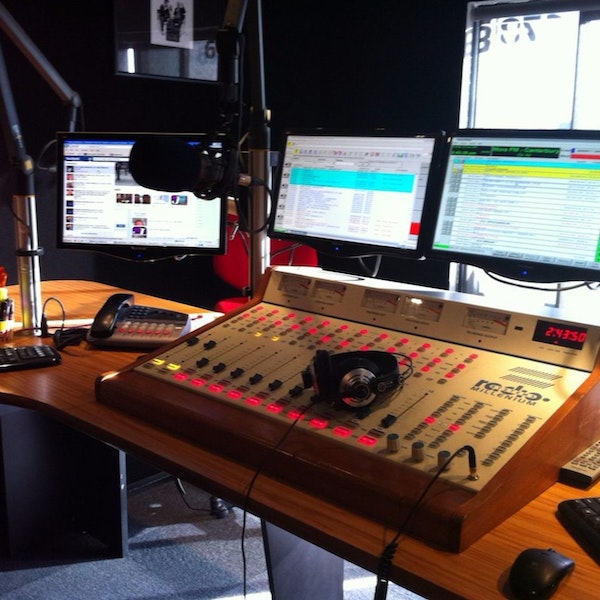 The Sound Off Studios are being renovated this week, so I took unloading some house keeping. Namely, I answer questions that I get asked a lot about podcasting. Can I make money podcasting? Should I do a podcast? How long should a podcast be? Also, I play two never before heard stories from two of our most popular episodes. Charles Adler recounts the story of how he almost became Terry Dimonte’s co-host at Whom in the late 80’s. And Broadway Bill Lee reminds radio never to give the listener programming that they don’t expect. Seems simple right? But yet it happened. The show is brought to you by Promosuite. Please visit their site and go paperless. http://www.promosuite.com/mattcundill I also promised you a lot of podcast information. That has been posted on the show blog for this episode here. http://bit.ly/2z7RskP Evan’s Voiceover site: http://www.evanvoiceovers.com Amanda’s New Website: http://www.amandaloganVO.com The Audience surveys is here http://survey.podtrac.com/start-survey.aspx?pubid=c-pwg3hNJ1tz&ver=standard Another voice you heard was my partner’s, Avery Rich. She doesn’t do voiceover but has a really cool website and blog. http://www.averyrich.com